“On a Warm Summer’s Eve; on A Train Bound for Nowhere…”

Ok, it wasn’t evenin’ and the train was headed to McCayesville, GA but you get the idea right? Shane said he kept humming “The Gambler” in his head the entire trip on the Blue Ridge Scenic Railway. He even went as far to say that the only thing to have made it better if they had folk dressed up in wild west period clothing and held a shoot-em-up. I couldn’t bear to tell him that this train was not originally from late 1800’s Midwest. But then again the mountain hillbillies of North Georgia were no joke either. Just visit the Tilley and Stanley Settlements cemeteries and you will see just how bad ass they were, but that is another story for another time. Today we are going on a train ride.

The Blue Ridge Scenic Railway embarks on its journey from the historic 1905 train depot in downtown Blue Ridge and makes a slow, relaxing 13-mile ride along the Toccoa River as it heads for a layover in the sister towns of McCaysville, Georgia, and Copperhill, Tennessee.

Before I tell you about our trip let me tell you some cool events that are hosted by BRSR.

Our visit was the third weekend in September, the leaves were just beginning to change and the weather was starting to cool to a brisk (not so much) 88 degrees. (oh how I wish for real fall temperatures.) We opted to sit in the climate controlled car because it felt more authentic. They have open air cars but you sit along a bench that doesn’t look like a traditional train car seat. They allow moving about the train and it is safe to walk between cars, so I just popped into an open air for a few photos and then took my happy butt back to the comfy seats. 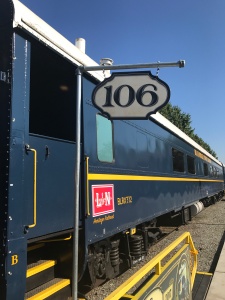 Here is what we found: 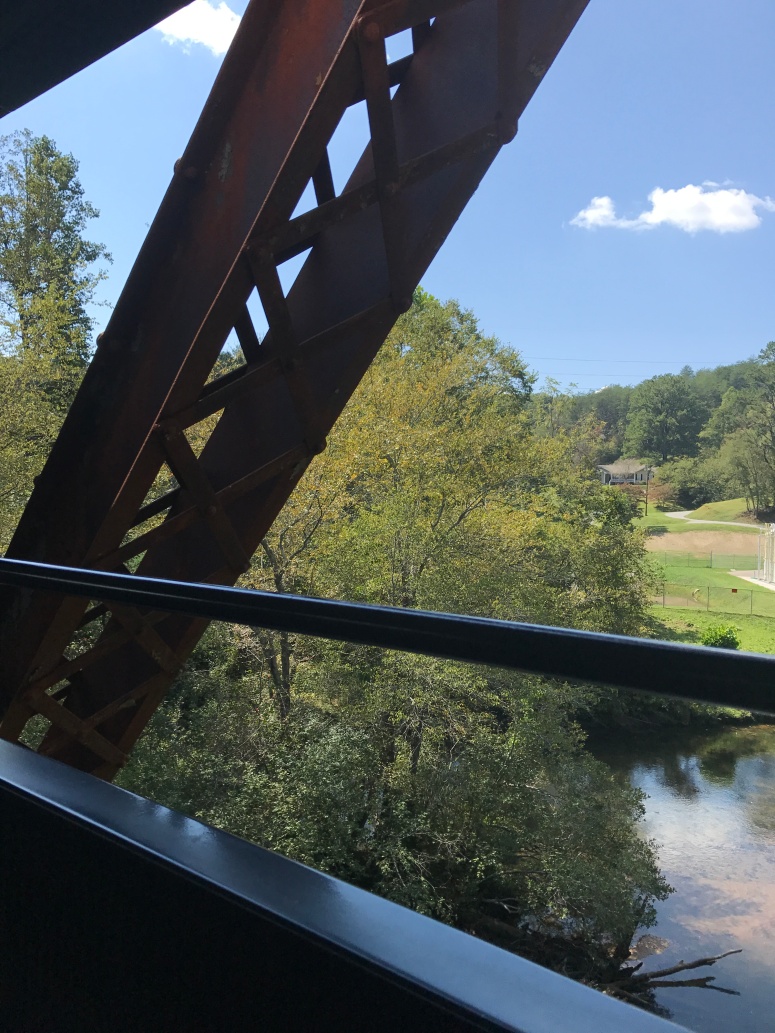 In the end I feel like taking a ride along the Toccoa River in a antique train is worth the cost of the trip. It gives kids an idea of how life used to be when their grands lived, you learn a bit of history while relaxing and unwinding. However, the towns you visit are lacking.

Keep the Lust for Wandering, Y’all!

3 thoughts on “Is This Passenger Train Ride Worth the Cost?”