Georiga red clay is much like a Southern belle. She is uniquely unlike any other of her kind. She can be hard on the outside but soft and tender once you break through her tough exterior. She can be unyielding and inhospitable to some but a gracious host to others. And when she utters, “Well bless your heart, you’re just a mess aren’t you?”, you know she is not being as charitable as she seems. Her determination is rooted and she can be stubborn.

I grew up playing in the red clay of Georiga. I know that it is the large amounts of iron oxides in our soil that give it its red color. I know the hard and soft of it and that it stains your skin and clothing like no other dirt. Parents have been trying to get the stains out of their children’s play clothes for centuries. I made mud pies and forts by wetting and forming the clay and when it dried it is hard as stone. It is quite unyielding once it is set. Yup, like I said, just like a southern lady. 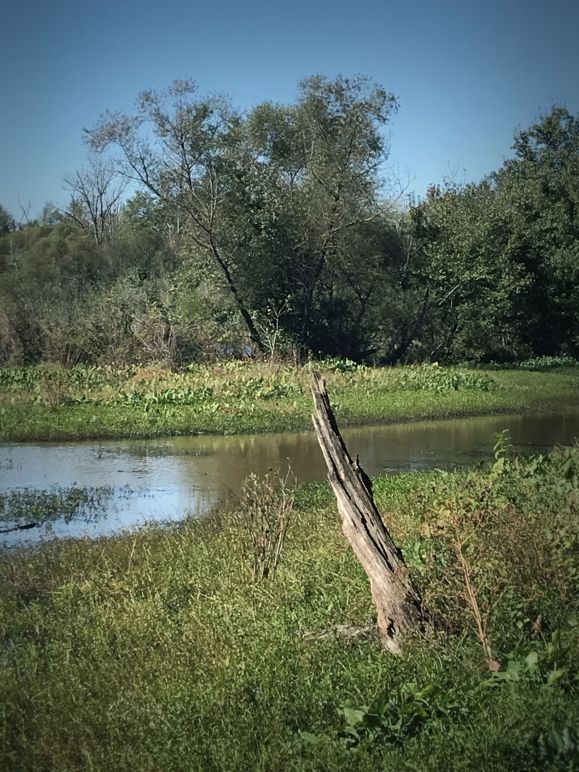 It is this red clay that made Consitution Lakes, a 125-acre park in DeKalb County possible. In 1881 a railroad line, that still exists today, was built along the South River. This made it possible for South River Brick Company to excavate and transport the clay throughout the Southeast. Atlanta allowed the company to excavate the land as long as it kept the flood water from the South River at bay, an extremely hard feat in an area that floods regularly. For nearly 20 years the brick company unearthed clay and created fine red bricks that were used in many city contracts, including 3 million of the companies finest for the Candler building in Atlanta. A fire and the collapse of the stock market took its toll on the company and construction dried up but not the south river that continued to flood, causing the excavation pits to create what are now Constitution Lakes.

For 50 years the land sat unused and human atrocities took its toll on the land. With the railroad passing nearby, it became a dumping ground.  Trains would pull up, dump their cargo and continue on their merry way. The river would swell and push the waste along the banks and into the clay caverns. Bottles, televisions, metal pipes, tires, hoses, toys, sheet metal, terracotta tiles, bricks and doll heads littered the land.

And then came Joel Slaton. 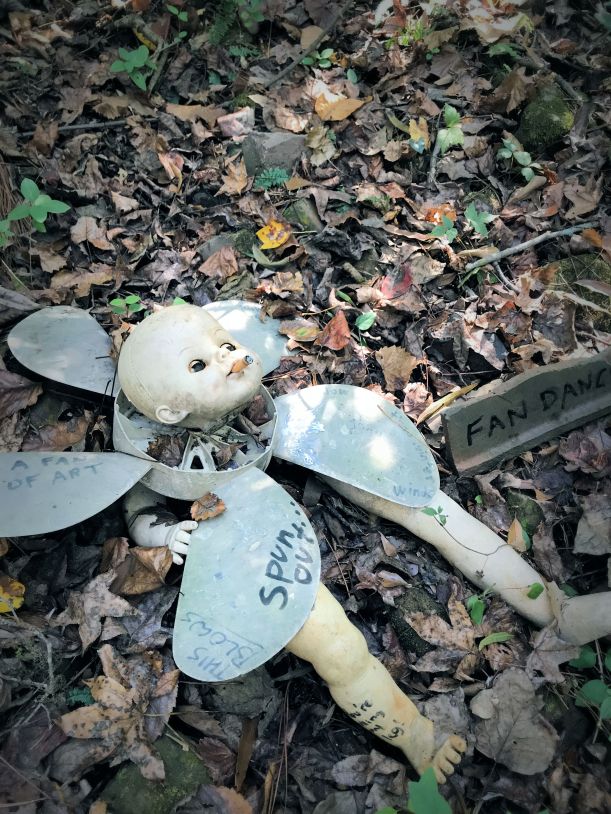 While hiking this land in the early 2000’s Mr. Slaton had an idea. Collect the trash, clean up the area and turn something very ugly into a whimsical and uplifting park. Slaton creates many of the art pieces that hikers view along Doll’s Head Trail. He utilizes the trash that still regularly fills the land from the flooding South River, turning it into works of art.  He encourages hikers to create their own works of art, but only from items they find along the trail. Leave your mark, create something beautiful from the debris. Write a poem, convey an encouraging message on the bricks that still litter the area. Make this a lovely place.

Finding Constitution Lakes Park is simple IF you do not plug in “Doll’s Head Trail”. Search for Constitution Lakes Park. Searching for Doll Head trail will lead you to a security gate of a business with a guard. The park is on South River Industrial Blvd. right off Moreland Avenue. Once in the parking lot, you will take the paved trail for about a quarter of a mile until you cross a boardwalk. It is here you’ll discover the extraordinary trail filled with unique artwork. It is here you will see the sign to Doll’s Head Trail. 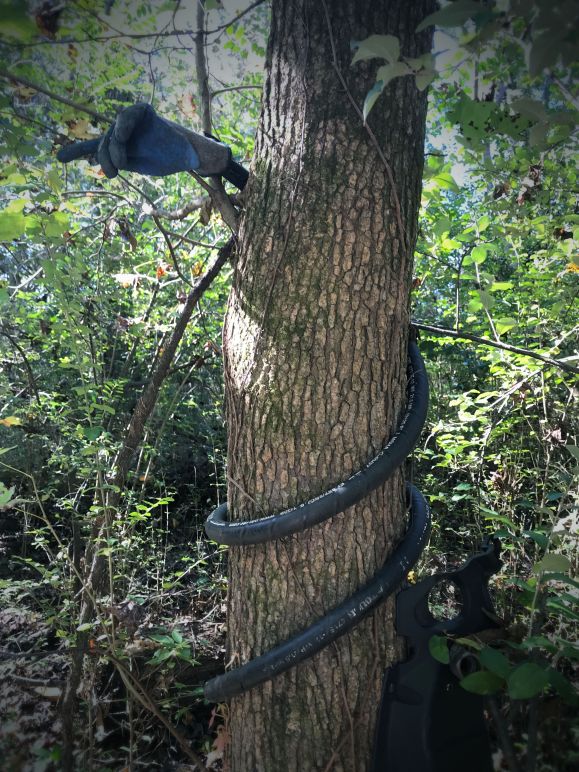 At the center of the park lies two small lakes that were formerly excavation pits created by the South River Brick Company. Here you will see turtles basking in the sun, birds chirping in the trees, fishermen with their poles along the edge of the water. Be aware of your surroundings, as swampy areas mean snakes are present. Most are of the non-venomous variety, so please leave them be, nevertheless, we do have copperheads in Georgia and those should be avoided at all costs. The only snake we saw on our walk, was one made of an old tube and glove. We did see little frogs, toads, fish, and turtles as well as an old stump that distinctly looks like a hoot owl.

The trail makes a loop and is approximately a mile and a half long. Along the way, you will see delightful, witty, creepy, and inspiring items. Nothing seems too scary for the young and provides an educational tool for adults to teach children what happens when you negligently dispose of waste and how they can turn something ugly into creativity. Carry a sharpie with you in case you come across something you can turn into your own masterpiece.

Want to see more of the photos from this hike? Check out the album on Facebook.

There are several organizations that help care for the trail. If you would like to be involved visit the following links:

Keep the Lust for Wandering Y’all!

I want to thank the following for providing me the information and history of Doll Head Trail and Conservation Park: